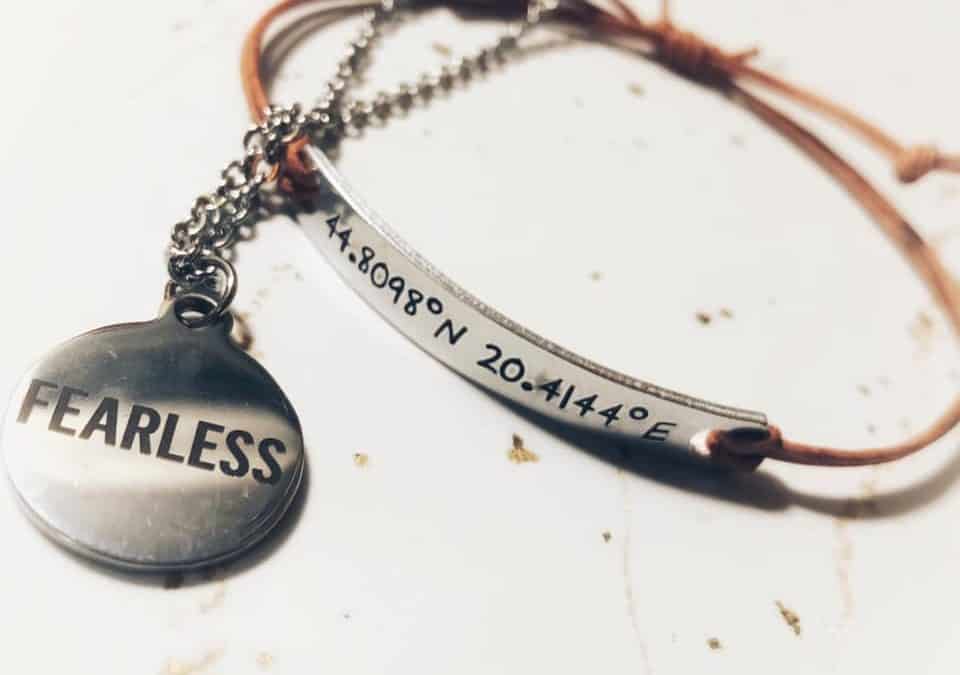 I love presents. I feel no shame in admitting that. Below are two gifts I received this year. One is a necklace from a very loved client and the other is a bracelet from a dear friend of mine with the coordinates of the conference I spoke at in Belgrade.

I’m reflecting on 2018, as most of us do at this time. I’m thinking about how I was “fearless” this year. I spoke for the first time internationally (on fear). I released new products. I created videos that were vulnerable (for me anyway). I got stuck in the snow and thought I might die (but I didn’t). I had hard conversations that I was certain would end relationships that mattered to me. I got a puppy.

Maybe. But I believe that Elenor Roosevelt said it best when she said “We do not have to become heroes overnight. Just a step at a time, meeting each thing that comes up, seeing it not as dreadful as it appeared, seeing we have the strength to stare it down.”

Fearless means we realize that life on the other side of fear is far better than living with the stories we tell ourselves about what might be. Fearless is acknowledging your fear (hey, we’ll always have it) and acting despite of it. Fearless means you do one tiny thing you’ve been avoiding so you build resilience and learn that even if your greatest fear comes true, you won’t die.

So, my challenge to you…what’s one thing you need to step towards and face so you can be fearless? Just. One. Thing.

And once you’ve figured that out. Do it.