Standing in your own way… 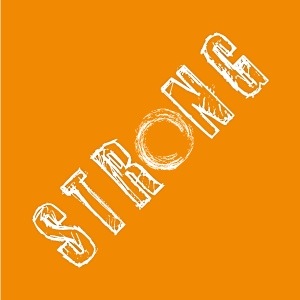 I would get really excited when one of my team members applied for a promotion. Mock interview would be scheduled and clandestine research would be completed on the interview panel. I had an interview “war room” like process to get my team members promoted. However, no matter how much energy was put into preparing them for the interview, they would inevitably ask me “what if I don’t get it the spot.”  My response, we will deal with that if it happens.  In my mind there was no other person who would get the job. So much so that even before the decision was made I would start my succession planning.

I knew their value…but they didn’t.

Small business owners have the same problem.  Some of the most creative, talented, and brilliant people can’t quite seem to grasp their own value. They barter services away, take on clients who suck, and go into a meeting hoping their prices are “low enough” to get the job.  Small business owners are brave. They did one of the scariest things in the world… they left behind what was safe and took a leap into the unknown. When they took the leap they thought they had worth. But somehow, over time, that belief began to dissipate and they found themselves doubting their value and scrambling for business like everyone else.  They stand in their own way.

My advice; get the hell out of your own way.

1. Start Anywhere. A project partner of mine wanted to launch a program for small business owners. Each time we talked about a launch date something would happen to keep us from going live. Finally I just had to book the space and cross my fingers he would show up. You just have to start somewhere. Do whatever it is that you need to do to start. Even if it is as simple booking a space and showing up.

2. Find Someone Mean to Hold You Accountable. You will let you get away with excuses but an accountability partner will not. You need to find someone who isn’t your friend…someone who isn’t afraid to get in your face when you don’t do what you need to do. You need to find someone who believes in you and your ability to be successful. Remember, others see your worth more than you do. The key to the right mean accountability partner is they won’t let you get away with kicking your own ass, but aren’t afraid to do it themselves (not literally, of course).

3. Find your Trigger Points. We all have secret human behaviors that are activated when we let excuses and fear creep in. For me it was playing Bejeweled on my iPad. Watch for these behaviors. Once you recognize what they are figure out what your trigger point was. Is it because you don’t know where to start? Or is it because you have no idea what you are doing? Whatever it is you need to figure out how you are going to move past. The only way out is through…and the only way through fear recognizing it.